The Journey from Feedback Weenie to Feedback Zealot 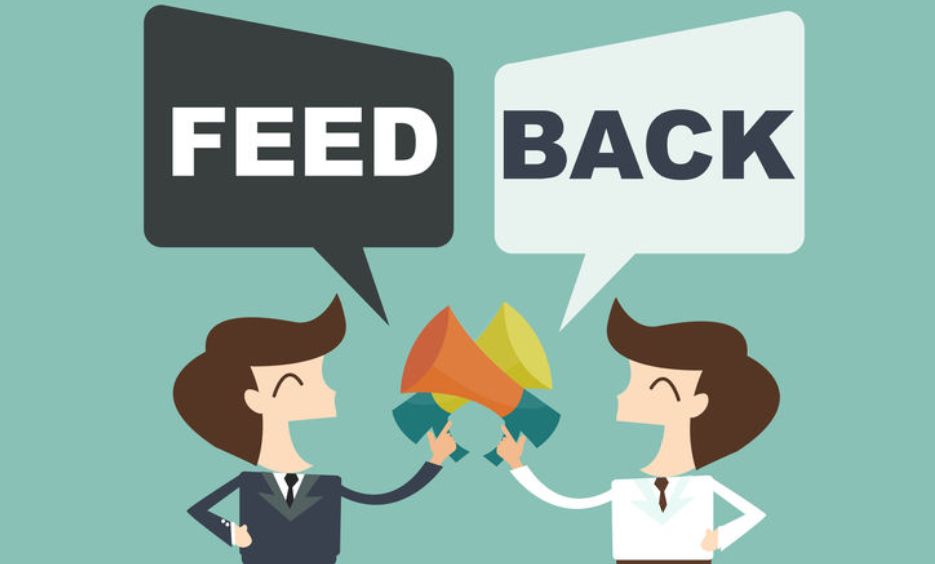 Early on in my career, both giving and receiving feedback was a painful endeavour for me. Knowing I was about to receive it brought back memories of ogre-like judges at music festivals, red ink on term papers, and rejected summer job applications. Knowing I had to give it was scarcely better. I worried my words would either wound a tender-hearted recipient, or trigger enraged blowback from a narcissistic one — say, like Glenn Close in Fatal Attraction boiling the pet bunny of the lover who rejected her. Yup, it was that bad. I was a feedback weenie, for sure.

So was Reza, one of my executive coaching clients. “I grew up in the bad old days of spanking,” Reza reported to me. “Whenever my dad was about to spank me, he would always say, ‘Son, this is going to hurt me way more than it hurts you’, and I would always think ‘Yeah, right!’ But now that I am in a position of having to mete out the equivalent of verbal discipline to my own staff, I understand what my dad meant. I absolutely HATE giving anything other than glowing evaluations.”

New York University researchers Tessa West and Katherine Thorson have been able to quantify the stress of feedback. They ran a study in which participants were asked first to engage in a mock negotiation, and then to provide feedback to their counterparts in that negotiation. Everyone was monitored for physiological and behavioural signs of stress. The results showed that subjects’ heart rates increased by as much as 50% over baseline, indicative of moderate to extreme levels of duress. There were equally sharp spikes in arousal for the feedback givers and the feedback recipients.

Want to add stress to a leader’s day? Add “deliver feedback” to his or her To Do list!

There are ways to decrease that stress. Dr. Brodie Gregory Riordan is a self-described “feedback zealot”. Her research findings have much to tell us about the art and science of feedback delivery. Here are three ways to begin :

The first step often has to be a shift in attitude. Reza, for example, needed to start viewing feedback less like a harsh act of discipline and more like a caring act of teaching or coaching. I gave him an assignment to notice how many people and businesses actually went out of their way to ask him for his feedback.

By the end of a single week of observation, he had a very long list. His dentist asked him if he needed more freezing; his waiter asked him if the meal was to his liking; his personal trainer asked him if he had been excessively sore after the last workout; and on it went. This period of observation significantly changed his outlook. He saw that it was entirely possible for feedback to benefit not only performance but also relationships.

Fortified with this insight, leaders can move on to the next step: asking for feedback more regularly. That can be a hard thing for a boss to ask for, and a harder thing for employees to provide. Reza wisely started small – asking for ways to improve vacation bidding, for example, and for means of enhancing the safety of his factory – and then he worked up to meatier issues. And he taught his staff to do likewise.

The NYU researchers West and Thorson confirm that this is, indeed, a simple but powerful strategy to reduce the pain of feedback. Developing a workplace culture in which people learn to ask for feedback in a pro-active manner greatly reduces their bioreactivity. It’s hard for people to learn when they’re braced for impact; they are far more likely to benefit from it when they’re in a state of non-defensive receptivity.

A third strategy for reducing the pain of giving feedback is to confine your comments to specific behaviours, offering them as soon as possible after the behaviour occurs. Being specific and timely keeps leaders from extremes of turning feedback sessions into character assassinations, on the one hand, and from fretful avoidance, on the other.

This overlaps nicely with what we know about receiving feedback. Studies show that people prefer to receive any corrective or negative feedback when they are part-way through a task, while they are still in a position to do something about it. It can be completely dispiriting to receive criticism after it’s too late to fix the problem. Giving employees the chance to correct course mid-stream – something that is sometimes referred to as feedforward – is a winning strategy for leaders.

Need some strength for your own journey from Feedback Weenie to Feedback Zealot? Here are some interesting and helpful reads:

The New One Minute Manager, by Ken Blanchard and Spencer Johnson.
The authors teach one basic strategy for three different kinds of feedback scenarios. This is a great way to begin the journey.

What Got You Here Won’t Get You There, by Marshall Goldsmith.
This book is the perfect primer on feedforward.

Using Neuroscience to Make Feedback Work and Feel Better.
Written by David Rock, Beth Jones and Chris Weller at the NeuroLeadership Institute, this article is an engaging summary of the study by West and Thorson that I cited earlier in this blog.